The trial was terminated in advance since positive results were obtained already one and four weeks after dosing. The study included 34 patients and was conducted as a multi- center study in Sweden and Russia. Kappaproct showed the same safe side effect profile as in previous trials.

“It is very gratifying to see that Kappaproct once again shows considerable efficacy after only a single dose. These results are of the same magnitude as was initially recorded with anti-TNFα compounds, but Kappaproct also seems to have a superior safety profile”, commented Professor Robert Löfberg, Chief Clinical Advisor to InDex Pharmaceuticals. “More than every second clinically responding patient also showed complete histological remission within four weeks, as compared to no response in the placebo group, which is very compelling”.

“Since the response is apparent already within the first week of a single dose, and in order to save time to plan for the continued clinical program, we saw little to be gained from waiting for the three and six month follow-up results and decided to terminate the study in advance. The intention is now to discuss with relevant authorities on how to best proceed in light of our Orphan Drug designation, and also with regards to the scope of further increasing the efficacy through multiple dosing”, commented Svante Rasmuson, CEO and co-founder of InDex Pharmaceuticals. “As we have noted when Kappaproct has been tested on compassionate use in patients that have failed virtually every other treatment and are elected for colectomy, there may be plenty of room for improvement with repeated dosing”.

In the study, 30% of the steroid resistant/dependent IBD patients obtained complete histological remission four weeks after single dose Kappaproct treatment, as compared to no histological response in the placebo group.

InDex Pharmaceuticals will present further data from the Kappaproct study at BIO 2009 in Atlanta, GA, on May 20.

In total, there are about 3 million IBD patients in the EU and US, whereof up to a third will become steroid resistant or dependent. InDex Pharmaceuticals also has a rescue therapy program ongoing in collaboration with German key opinion leaders in treating IBD patients that have been elected for colectomy.

About the study
The Kappaproct study was a placebo-controlled, randomised, double-blind, single-dose proof of concept study, in steroid resistant or steroid dependent patients with ulcerative colitis of mild to moderate degree. To be included a patient should have a Disease Activity Index (DAI) score of 6 – 11 (0 – 12) and concomitant steroid medication was mandatory.

The primary objective was to evaluate clinical response (responders defined as patients showing a decrease in DAI score of at least 3 points from baseline) when the drug was given as a single dose of 30 mg compared to placebo. Secondary objectives included safety and tolerability, histopathological evaluation and clinical remission.

The number of patients included in the study was 34 (ITT) and the Per Protocol population (PP) was 31 (20 Kappaproct and 11 placebo), the difference being patients that deviated on concomitant steroid medication at inclusion.

Clinical remission (a DAI score of 2 or lower) following a single dose at weeks 1 and 4 equalled 10% and 15% respectively in the PP population and none at either time point in the placebo group.

At week 4, histological remission with normal mucosa was observed in more than every second clinically responding patient, whereas none of the four responders in the placebo group showed histological response.

This clinical study also includes monitoring of cytokines and other immune response factors that will be available for the final study report in Q3 2009.

About Kappaproct
The company’s lead pharmaceutical product Kappaproct (DIMS 0150), approved for Orphan Drug Designation in Europe, has recently concluded its third clinical phase II trial for the treatment of inflammatory bowel disease patients. A rescue therapy program is ongoing in collaboration with German key opinion leaders in treating IBD patients that have been elected for radical surgery and a study to amplify steroid effect in reducing intracranial edema in brain tumor patients is in planning.

Kappaproct is currently approved for clinical developmental use as a rectal, single-dose administration. Qualification of the compound for other routes of administration and multiple dosing is underway through an extended toxicology program. So far, more than 150 patients have been dosed with Kappaproct with solid safety data.

The specific DIMS 0150 cytokine/chemokine induction characteristics confirm what has been reported in scientific publications in terms of using interferons and other naturally occurring proteins to amplify the effect of steroid treatment. These findings have been further supported in a screening program of a series of genetic markers in human blood that are influenced by the status of a patient’s responsiveness to steroid treatment.

Further confirmation that Kappaproct can re-sensitize non-responding patients to steroids is expected to open up for broader applications in other types of chronic inflammation,

About InDex Pharmaceuticals
InDex Pharmaceuticals AB (“InDex”) is a clinical stage biopharmaceutical company building a leading immunotherapy franchise based on its DIMS platform (DNA-based immunomodulatory sequences). DIMS drugs are developed to treat diseases within a variety of therapeutic areas, including inflammation and cancer. InDex has several proprietary DIMS compounds in various stages of development, including Kappaproct, for the treatment of steroid resistant/dependent ulcerative colitis.

InDex also has a niche strategy in multi-gene diagnostics. Its first diagnostic product DiBiCol, which offers a novel standard for gastrointestinal disease classification, is being launched on the Swedish market. InDex was founded in 2000 and is a spinout from Karolinska Institutet. The company is based in Stockholm, Sweden, and is a privately owned company with approximately 100 shareholders, including SEB Venture Capital and Life Equity Sweden. 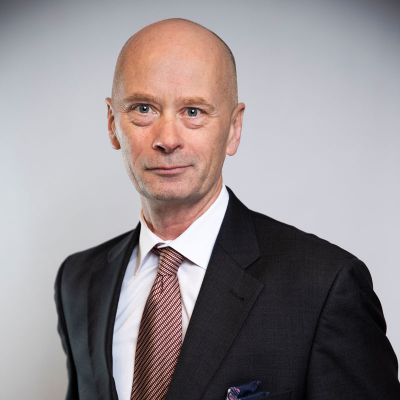